In June 1985 at the tender age of 21, I took my first ever flight and it was a big one; London Heathrow to JFK, New York City.  I was headed for Trails End Camp, Pennsylvania to spend the summer as a golf counselor. I truly had no idea what I had l let myself in for and that’s where this story, this incredible adventure and the love affair with the United States and summer camp first began.

That summer I worked for Summer Camp ‘royalty’ with camp veterans, Joe Laub & Stan Goldberg mentoring me through the hardest three months of my life. I was on the verge of going home so many times in the first six weeks but with the love and guidance of Stan, I reluctantly stayed and by week eight, I had finally ‘got it’. I arrived with no prior knowledge of life in the US or summer camp but by August that summer, I was addicted. Ten short weeks had laid a blueprint for the rest of my career and life path.

I went back to the UK and as a direct result of the relationships that I had built with campers, I decided to train as a teacher. I went back to TEC for another five summers and thirty six years on, I have spent my entire career working with young people. As a result of summer camp my philosophy about education transformed dramatically as I realised that human beings needed so much more than academic achievement to prepare them for the challenges that life brings.

So, in our early fifties, my schooldays sweetheart and life companion and I decided to reignite our love affair with summer camp, this time swapping the rolling farmland of Pennsylvania for the stunning backdrop of the snow covered peaks of the White Mountains. Having spent four summers at our new summer camp, in December 2019,  we agreed to take the plunge and become Directors.   Having been diagnosed with Parkinson’s Disease in December 2018, our decision was met with some raised eyebrows! 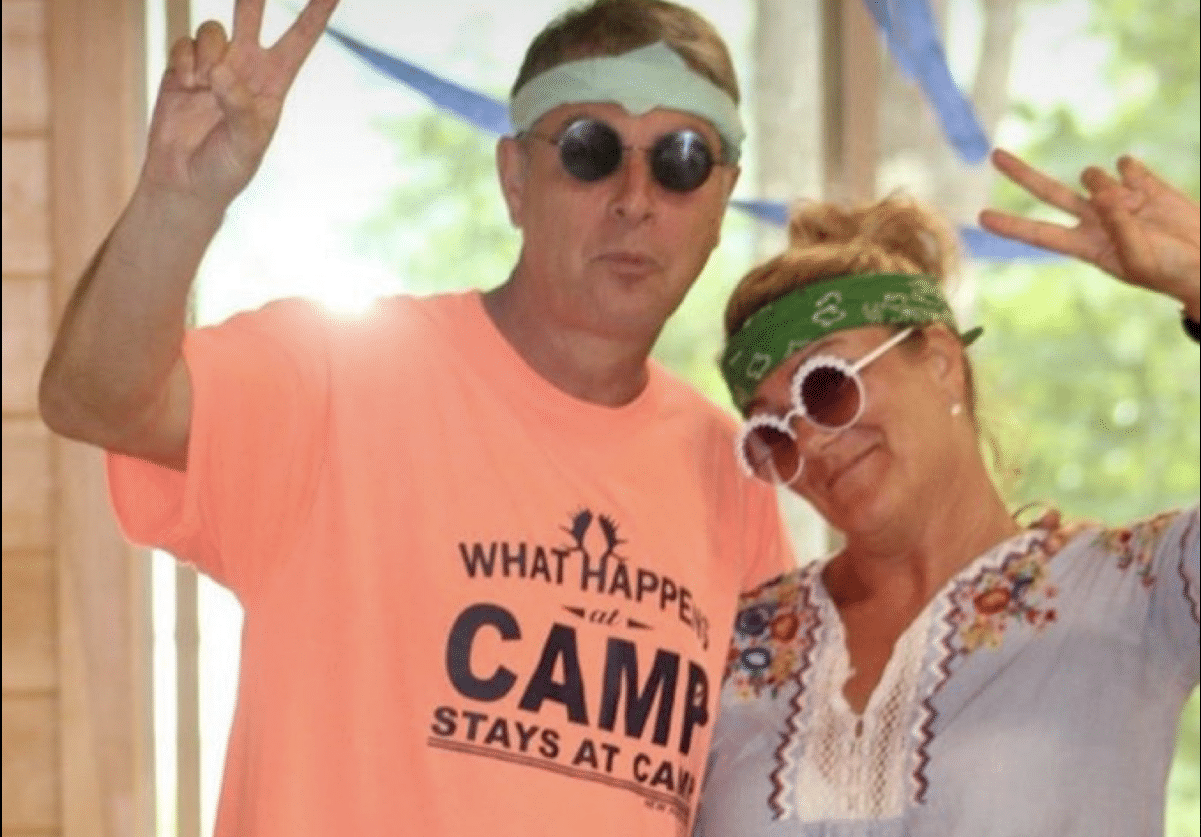 Concerned family and friends asked ‘Why the States? Why Summer Camp? Why become directors? Not having anything that remotely resembles summer camp in Britain, they just didn’t ‘get it’. I guess only camp people would know why we make that journey every summer. The laughter; the love; the friendships; the fresh air; the campfire smoke; the tears of homesick kids; the joy of singing in the dining room; the spontaneous teaching moments; the deep learning moments; the sunniest days; the stormiest nights; the refreshing waters of the lake; the heat of fierce rivalry of competition; the growth and development of young campers who wanted to go home but stayed.

These are just a few of the things that Gill and I adore about camp and look forward to each summer. Why Summer Camp? It is the place where young people get chance to be the best version of themselves in the warmest most loving and embracing community. Never tried it? You really don’t know what your kids are missing out on.